Three different colors are used for Rating, Half-rating, Non active solvers.
Posted by Emmanuel Manolas at 6/25/2013 05:47:00 pm No comments: Links to this post

The chess clubs of Attica, Greece, as a group are named ESSNA.
This group of clubs announced its 10th solving contest to be held in a "chess and RPG games" store and coffee shop, CAISSA, near the tallest building of Greece, the Athens tower.

There were 15 participants, some of them newcomers. The problems were very nice and easier in comparison with the previous contests. Some of the solvers were ranked by time, not points. 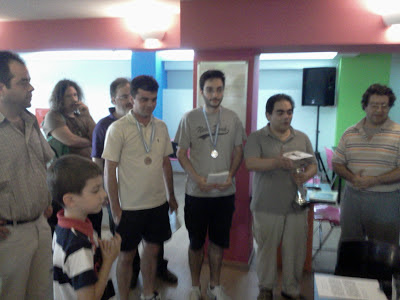 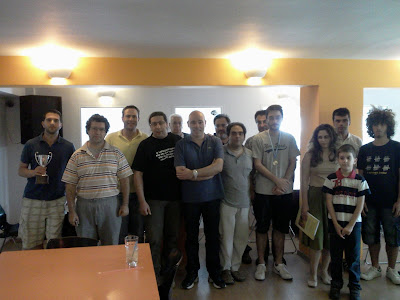